By Thomas and Mark Malkowicz

Fly fishing has given us a whole new reason to explore new places in the Ozarks, such as the White River. It looks a lot like other large Ozark streams, but the White River also has a western feel about it. It can be much wider in spots, and has a bedrock bottom in places. We started in the upper part of the river at Twin Bridge, which is home to the native Bronzeback, also known as the smallmouth bass. Twelve miles downriver, past the massive Rainbow Spring, the White River turns into world-class trout water. 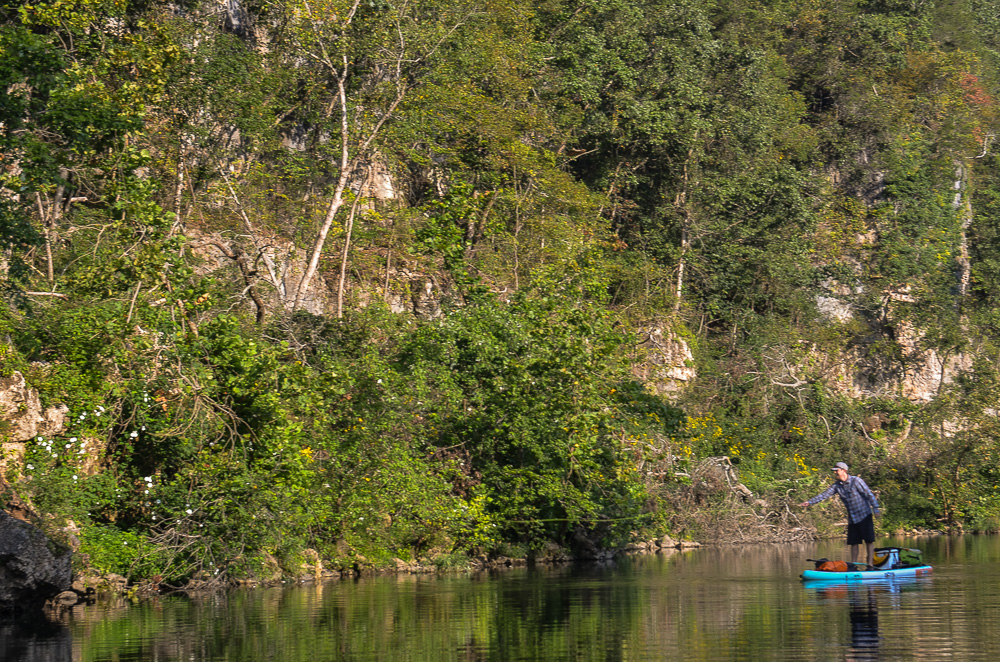 The inflatable BOTE boards did us well. Sliding off little waterfalls and down shoots was a blast. Literally standing on the water casting a fishing line can’t be beat. 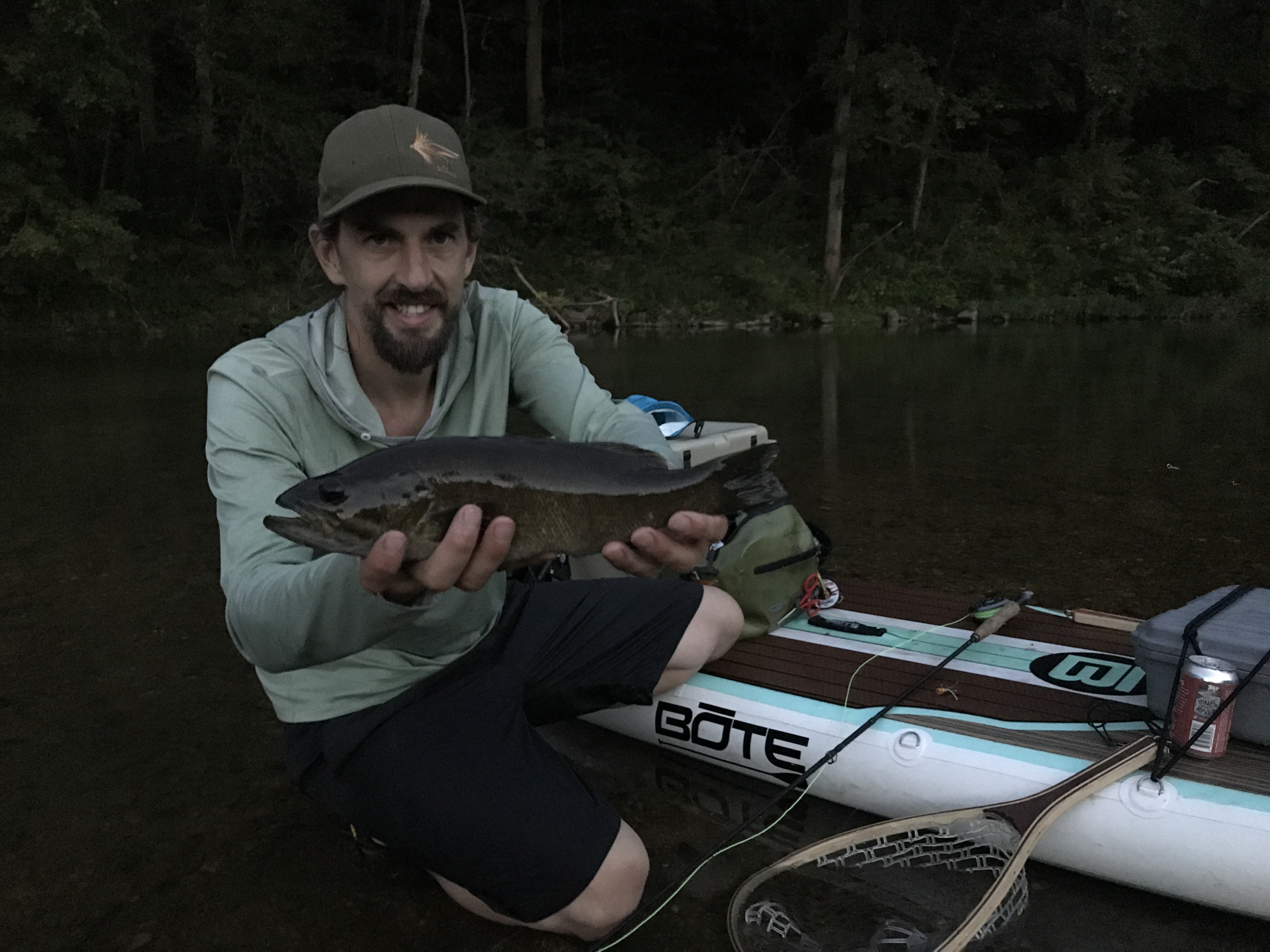 Smallmouth bass on a top-water popper as night started to set in.

Special thanks to River of Life Farm for suppling the best map of the area.

A nice rainbow, caught not long after entering the blue ribbon trout water. Deciding on a campsite each night depended on whether we thought it was a good spot to fish. Unfortunately, we didn’t do that well at picking out campsites.

Hopper-dropper seemed to be the fly combination of the weekend. Even with two slightly heavy flies, such as a hopper with a Pat’s rubber-leg dropper, the Woodard #4 Pinnacle rod casted well, while reacting delicately at the same time.

Every time we found one brown trout in the red ribbon section, we always found a few more nearby. While the rainbows seemed dispersed, the browns seem to be somewhat stacked. We have paddled past a lot of things over the years, but seeing evidence of the historic floods along the river is a good reminder of how unpredictable nature and flooding can be. It was crazy to see a new bridge being built alongside an old bridge that still lay twisted along the river. We asked the owner of Rainbow of Life Farm, an outfitter we met one day, if he had flood insurance to help rebuild his cabins. He looked at us and said, “This wasn’t supposed to happen …”

As far as Missouri Ozark streams go, the North Fork ranks as one of the best.

We ended our weekend where the North Fork of the White River runs into Norfork Lake. Even with the signs of destruction caused by recent historic flooding, this river is top-notch, and we can’t wait to get back on it!