The bush plane equipped with skis flew directly into the clouds that congested the sky over North America’s greatest peaks. My stomach dropped every time the wings lost grip, dipping into the thin, turbulent air.  After the short flight from Talkeetna, Alaska, we touched down smoothly at Kahiltna Glacier Base Camp (aka Denali Base Camp).

I was not there to climb Denali, but to work on some advanced mountaineering skills and to explore the range near Base Camp.

After all the time spent training, researching, reviewing skills and packing, I was thrilled to be there.

The view from our cook tent.

No picture can truly portray the size of this place.

Han working his way up a ridge behind me.

The small black dot in the middle of this photo is  a bush plane on its way to base camp.

Descending from a peak near camp called Control Tower 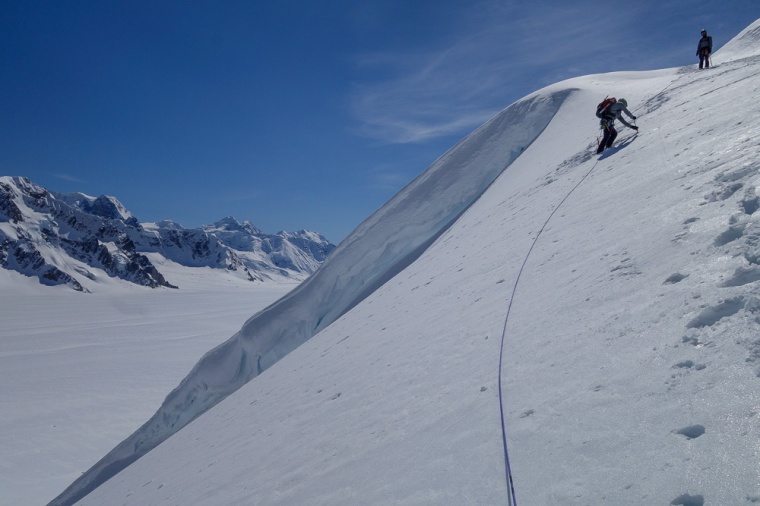 Han beelaying us up a slope he had led. 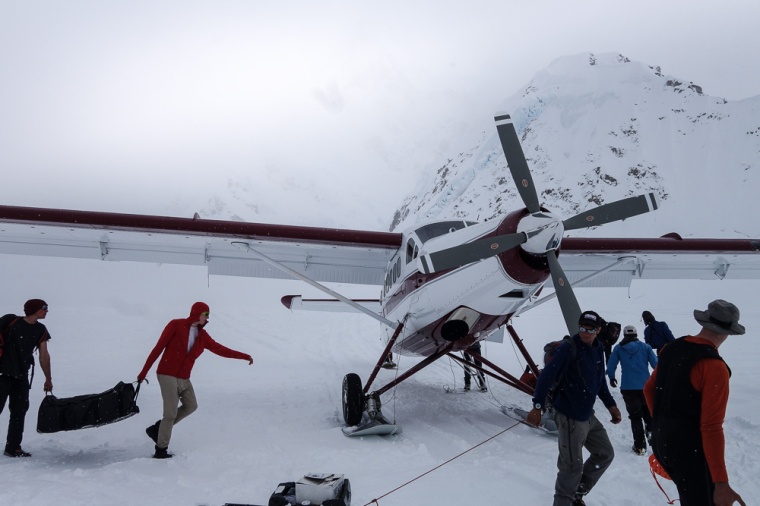 The time I spent in the Alaskan range was good for me. After a week of  amazing climbing, our lead guide told me and Han, my climbing partner and friend, that we were “kicked out of the nest” and that we didn’t necessarily always need to hire guides anymore. Felt pretty damn good.

Back to Talkeetna for a beer and a shower.